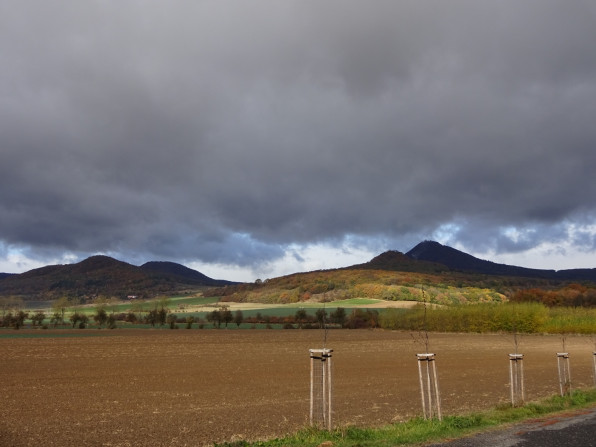 Without human activity, forests would soon cover the entire Czech Republic. Forests have been a part of our landscape since the end of the Ice Age. Their composition has been constantly changing and few forests can be considered truly natural today. Experts often argue over what the original forest might look like and what its species composition was.
People have been using forests since ancient times. They were a source of wood for building as well as heating. Game suitable for hunting lived there, medicinal herbs and plants with edible fruits grew there. Not even mushrooms remained unnoticed. Many crafts have been linked to the forest, such as charcoal making, pitch making, and beekeeping. Among other things, forests were used for grazing, young branches were fed to cattle, and forest litter was used as fertilizer or bedding for sties and stables. Brushwood and coppiced trees were used for heating. All these activities led to the opening of forests and gradual species change.
At convenient places, people cleared forests to transform them into farmland. To do this, they often used fire. Changing the forest into arable land was hard work for ancient farmers. It was necessary to process felled wood, pull up the stumps, plough the ground, and carry the stones to the edges of the future field. In the České středohoří, however, natural forest-free areas covering a large part of the region helped the ancestors in their efforts. From the earliest times, the local forests were mainly made up of oak and hornbeam, as well as lime, elm, poplar, hazel, maple and ash trees. The original distribution of juniper and yew is also likely. Deciduous forests persist today, albeit to a different extent and composition. 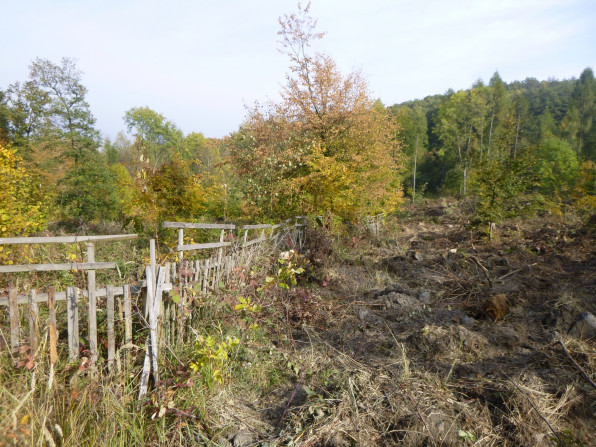 Historically, forests were classified according to their use. There were coppiced woods, which are low forests regrowing from regularly cut trees. In these forests, wood was grown for heating. They disappeared with the transition to fossil fuels. Nowadays, regularly cut stands under high-voltage lines or on embankments near the tracks can be considered as coppiced woods.

Then, there were middle forests, which were a combination of coppiced woods and standard trees, which can be seen as middle forests. There were re-growing stumps and scattered mature trees, from which seedlings of new trees emerged.

There were also pasture forests. These were open forests, where the animals regularly grazed on the re-growth and browsed lower tree branches. The undergrowth was grassy, with thorny shrubs growing here and there, which the animals naturally avoided. Such a forest resembled an English park. Some pasture forests were even turned into parks. In the České středohoří, open oak and hornbeam forests persist on some sites, which remind us of the pasture forest era.

With the growing population of the country, the increase in mining and the boom of glass industry, the forests in the Czech lands began to disappear rapidly. In some places, the felling of forests even led to natural disasters. The estate owners quickly realized that the forest is needed not only for the landscape but is also an important source of wealth. This was the beginning of forestry and its related activities - organized planting of trees of high market value as well as clear cutting. In Bohemia, spruce started to be grown in bulk. 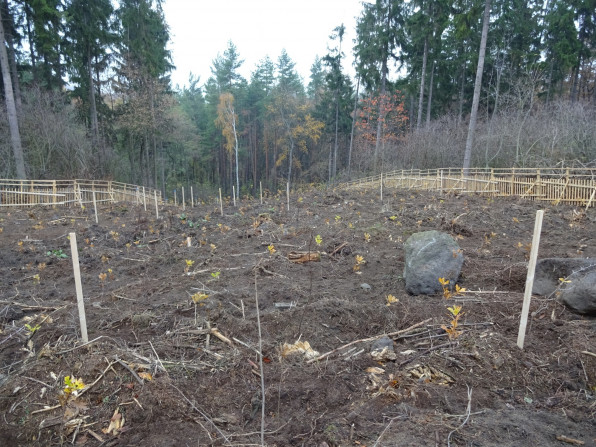 The primarily economic use of forests leads to problems. There is a lack of the earlier varied form of forest management - occasional grazing, occasional felling, occasional fallen branches collected for heating, or gathering of forest litter. In the past, trees were cut down selectively. Dying wood, so valuable for insects, was often left in the forests.

The LIFE České středohoří project includes support for a richer species structure of forest stands. Simultaneously, the project advocates the cultivation of indigenous tree species and the support of species occurring exclusively in the conditions of České středohoří. This is connected with the restructuring of spruce stands and reduction of non-native woody plants, especially black locust and ailanthus.