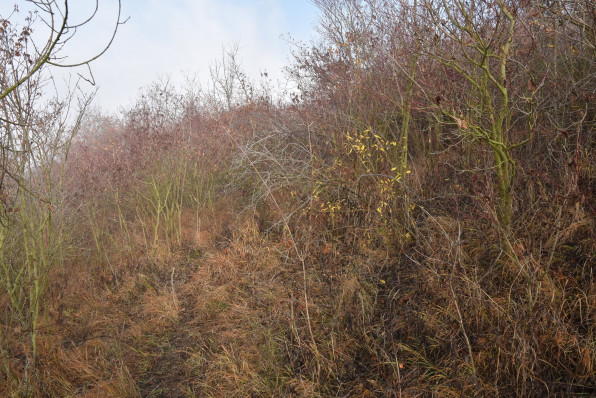 The landscape of the České středohoří is largely the result of human economic activities, just like most of the Czech Republic. The resulting habitats are influenced by humans and cannot exist without their management.

The non-intervention approach to nature conservation so much promoted in the 20th century has proven to be very problematic. In many places, including the České středohoří, it led to important sites becoming overgrown and their subsequent degradation.

Protected areas are not enclosed and their inhabitants migrate to other areas. Their routes were often disrupted by inappropriate interventions and construction. In order to support the restoration and protection of natural corridors between valuable areas in the LIFE project, a network of so-called stepping stones has been created, allowing species to move across the České středohoří.

Today, an active approach to nature conservation is promoted. Man cares for the landscape just as old farmers have done for generations. Mowing, grazing, original forest management, sometimes quite specific interventions, all have a link to tradition, although these interventions are nowadays called management.

There are two types of management - restoration and regulatory. Restoration management returns the site its original appearance. These are quite radical activities, such as elimination of self-seeding plants. Regulatory management maintains the desired state of the site. These are sensitive interventions, most often regular grazing and mowing.

Both types of management require regular observation of site development, so-called monitoring, which is extremely important for the appropriate selection of management and its intensity.

Just like in the past, landscape management requires a combination and alternation of economic activities, even their application in certain time horizons. Some management forms are inseparable, such as meadow grazing and mowing. Thanks to this, the landscape resembled a varied mosaic of mowed, grazed, grown, partly grazed, and even ploughed or burnt vegetation. This diversity was extremely beneficial to countless plant and animal species, meeting their needs and facilitating their migration.

The mosaic began to disappear from the landscape due to the decline of traditional farming, ploughing meadows, or leaving fields fallow. The landscape was also harmed by excessive fertilization, frequent mowing, and inappropriate species composition of plants. This trend began in the 18th century and reached its maximum at the end of the 20th century.